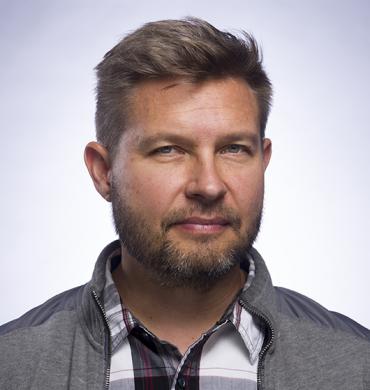 Joshua Seaver is an Assistant Professor of Game Art. He teaches intermediate 3D modeling and game development courses and senior capstones that support the Game Design and Development program within the School of Art and Design. He studied fine art and received his BA from Macalester College in St. Paul, Minnesota and holds a Masters of Entertainment Technology from Carnegie Mellon University.

Prior to entering academia, Professor Seaver spent decades working across a range of sectors including technology startups, educational non-profits and entertainment companies. Notably he spent a decade as a multimedia developer for the Science Museum of Minnesota in the early days of web media, was a co-founder of the game development software GameSalad, and spent several years as an interaction designer for Pixar Animation Studios in-house animation software Presto, with credits on the films “Brave” and “Monsters University”.