James Springsteen’s college experience wasn’t like most of his peers’ at UW-Stout. It was interesting but not normal, as he described it.

He didn’t live on campus until his fifth year. That experience was cut short in March 2020 by COVID-19 when the halls were closed as the university moved to an alternative learning period.

He also wasn't overly involved with campus clubs or student organizations, although he did enjoy his time with Lutheran Campus Ministry, joining the lead team and attending leadership retreats.

Maybe what sets Springsteen’s experience apart the most is the amount of time he spent at UW-Stout.

After facing seven years of seemingly endless challenges, he’ll graduate on Saturday, Dec. 18, with his Bachelor of Science in art education and a minor in studio art.

“I'm proud that I didn't give up, because my last few years were a real struggle. It seemed like an uphill battle every step of the way, but it's finally here,” he said.

‘Where life wanted to take me’

In high school, Springsteen knew he wanted to study either graphic design or art education, but he was torn between them. He asked his art teacher, who’d previously been a graphic designer, for advice on what he should do and she thought he’d do well in either field.

He enjoyed working with kids, having served for several years at a summer camp and as a teacher’s aide in his art classes.

“I took a big leap and last minute decided to go into art education,” said Springsteen, of Cumberland. “To me, it was the best idea because it’s the best of both worlds. I get to work with kids and help them grow. And I still get to do art, like printmaking with my minor.”

UW-Stout was the only college Springsteen applied to. His mom, Heidi, graduated in 1989 with a degree in business administration, and both of his art teachers are alums. He spent a lot of time talking with them about the art education program and the resources it offers.

“It seemed like UW-Stout was where life wanted to take me,” Springsteen said.

“I also heard that Stout had one of the best art programs in the area and that their art education program was good as well. So, to me, it just made sense to attend Stout.”

‘A dedicated person and teacher’

Springsteen’s challenges began in his sophomore year, when he made his biggest mistake of not putting in the effort, he said. He was having negative family issues and seasonal depression. He avoided his friends and stopped attending campus activities. His grades slipped, and in the spring his grade point average was .004 away from academic suspension.

“Seeing my GPA that low really woke me up,” he said. “For the next five years, I worked hard.”

In an effort to boost his GPA, Springsteen retook a year’s worth of classes, along with Winterm classes. But even after that, his GPA was still low, too low in fact to begin his student teaching. So, he took extra art classes, adding on his studio art minor.

“Art always came easy to me, so it was something that made sense,” he said.

At the start of last summer, Springsteen’s GPA was still .04 away from being able to student teach. So, he took two summer courses, and with two weeks left before the 2021-22 academic year, he entered his paperwork and began student teaching this fall.

“I won’t lie; I wanted to drop out more than once, but I knew I’d regret it,” he said. “I was so invested and so close to being done with school, so I kept pushing forward.

“There were a lot of bitter moments, but I believe these challenges made me a better and more dedicated person and teacher.”

What Springsteen enjoyed most about the art ed program was the faculty. Through his struggles, he came to rely on them, especially Program Director Ann Oberding and Assistant Professor Tami Weiss.

“I really appreciated the support from Ann and Tami, more than they probably realize,” he said. “If something came up, I knew I could ask them. Even if it wasn’t school related, I knew I could talk to them. They both taught me a lot.”

Oberding believes Springsteen has shown fortitude and patience through his challenges, both personally and professionally. She admires his perseverance and compassion.

“James remained steadfast in his conviction to become an art teacher. His compassion is evident,” she said. “Our schools need teachers who are compassionate and persevere through adversity.”

Springsteen led classes for Arts Integration Menomonie for a semester, teaching community members about different artists, painting methods and how to mix color.

He completed his student teaching in Clear Lake, at the elementary, middle and high school levels. While many education students have student teaching experiences in two or more school districts, he’s enjoyed staying in one district. And he likes the rural school and small class sizes.

“I’ve really gotten to know the kids well, and it gave me a chance to get to know the staff,” he said. “I really enjoy working with high school students and would like to teach at that level. They’re more independent, and I can challenge them to push themselves more.”

His experiences with classroom management, teaching methods and new mediums have prepared him for his own classroom. He’s been offered a substitute position with Clear Lake, as he seeks a full-time teaching position.

“Stout has helped me improve my skills in the art field all around. I can apply my education from art classes and education classes to my own classes in the future,” he said. “I feel very prepared to teach. I have felt prepared for a while now, but after getting to student teach and actually getting experience in the field, I know this is what I want to do, and I'm ready.”

UW-Stout’s School of Education has been preparing teachers and educators since 1891. SOE offers 12 diverse education degrees, including early childhood education, special education, and technology education, along with master’s in education and school counseling. 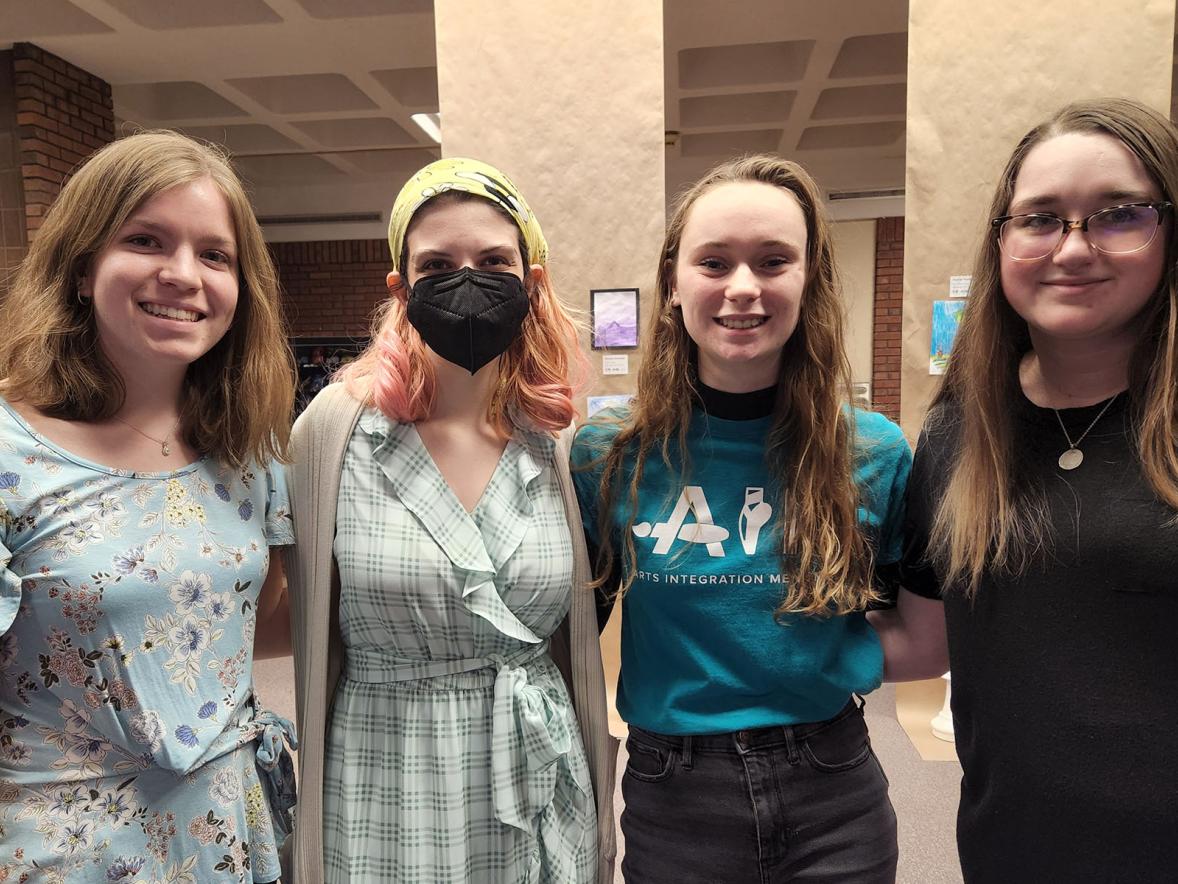 Student show by local students at UW-Stout through May 6
May 3, 2022 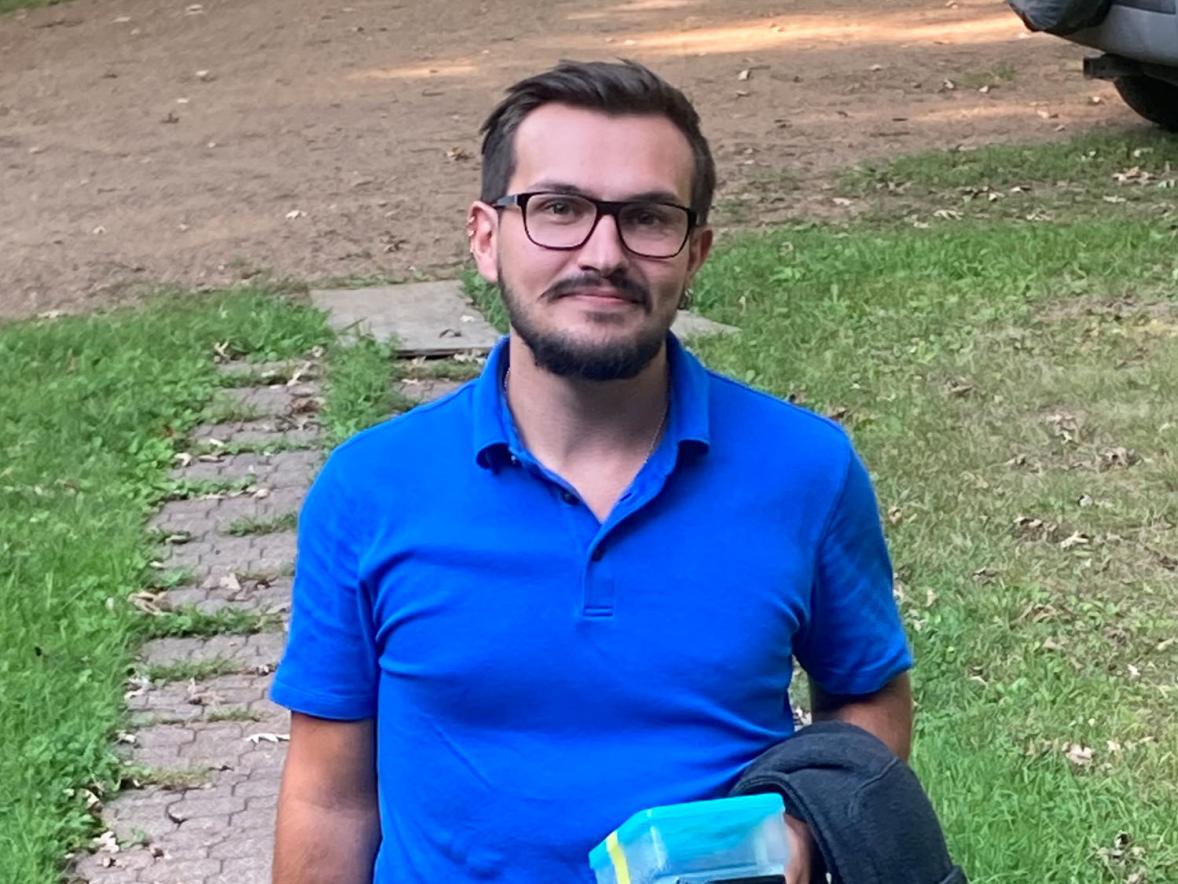 Springsteen proud to earn his degree, is dedicated to his career choice
December 14, 2021 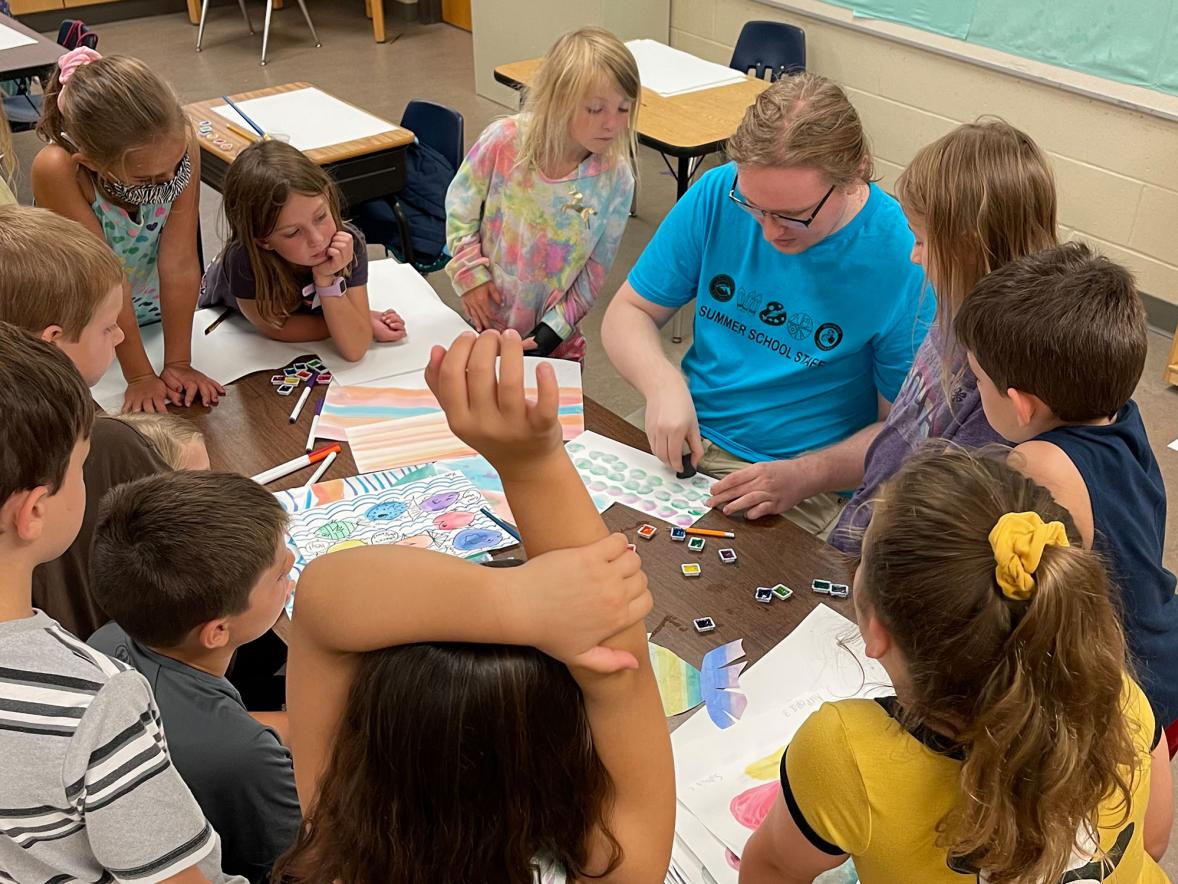 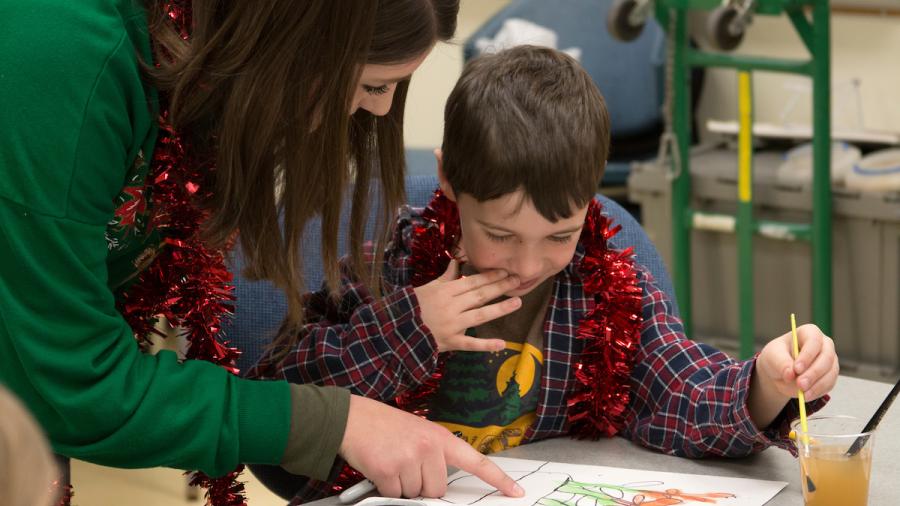 You can inspire others as an art teacher in our K-12 certified program. You will create art in every media while immersed in real-life teaching experiences.
Learn More